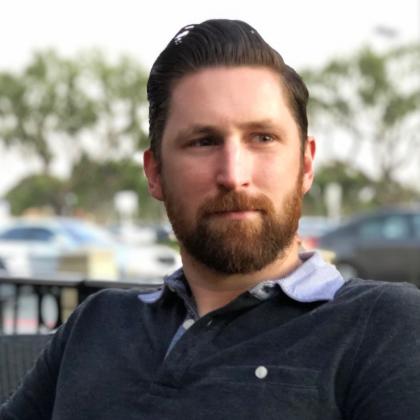 Though I was raised in a Christian home and believed in God, I didn't accept Christ as my own Lord and Savior until I was in high school. I realized then that the grace, acceptance, and love that I struggled to show myself was already given to me by a good God who wanted to be involved in my life.

I am called to preach and to teach, especially in the academic setting. I hope to work or volunteer part-time at a church while serving as a full-time professor at a university or seminary.

When I was completing my MDiv, my practical internship at a church had to be supervised by a school appointed advisor as well. That advisor was a Free Methodist elder. I already knew I was a Wesleyan, but as I learned about the FMC from this elder, I realized that so many of its key tenets were hills on which I was willing to make a stand as a pastor. I think I had long been a Free Methodist before I even knew what the FMC was!

Unless otherwise specified, all content copyright 2019, Free Methodist Church in Southern California. For more information about the Free Methodist Church, please visit our website. If you have questions, please feel free to contact us by email or by calling (626) 594-5950.

It's good to belong.

Dive straight into the feedback!Login below and you can start commenting using your own user instantly